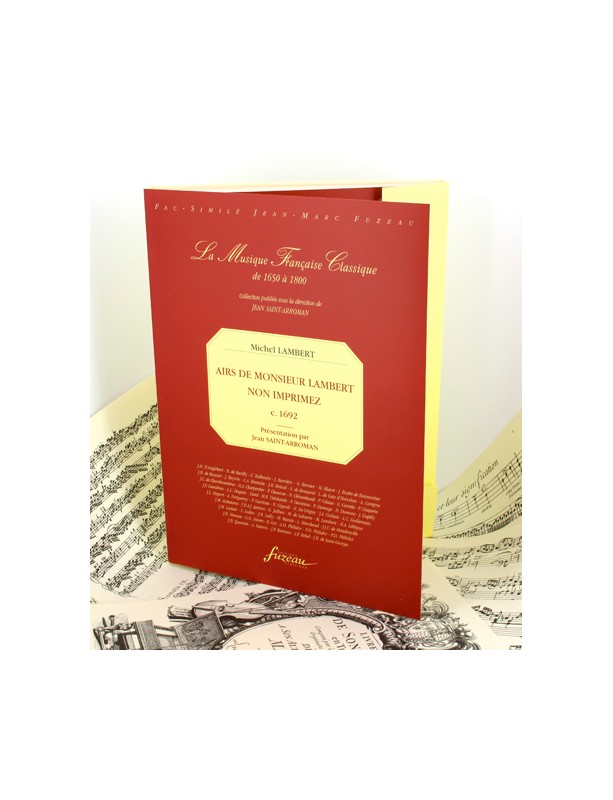 This facsimile sheet music by Michel Lambert is part of our French classical music collection.

An essential collection of French XVIIth century vocal music. The preface analyses its ornamentation. The music of the doubles is particularly beautiful.

Preface by Jean Saint-Arroman: notation, embellishments, ornamentation, the manuscript Rés 584 is included as an annex to the preface: manuscrit Rés 584.